As I may have mentioned, I am starting to post a little more about vintage style, and where I get my inspiration from. Today we are going to touch on the Preppy style of clothing in the 1950’s and how you can get the look too. 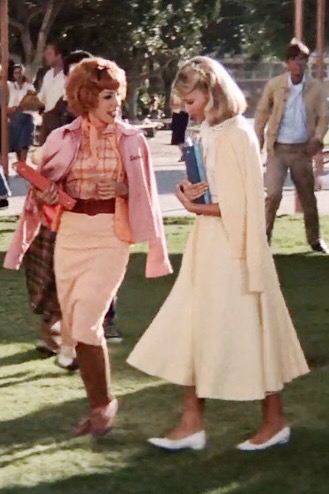 Think about the film Grease. Now I know that it was made in the 1980’s but it is set in the 1950’s so it counts. Sandy at the start embodies the Preppy style perfectly. Neat tidy hair, with pastel colours and full skirts she is sweet and innocent. These fresh faced teens were a growing market for spending. They earned money, and had a lot more disposable income than their parents and grandparents did, so it’s unsurprising that many companies targeted them as a new market.

The all-American ideal girl next door “preppies” were clean and wholesome in appearance. They used pastel colour schemes to match their male counterparts, and the colours were representing hope, prosperity and growth. Shunning the vices of the “greasers” they preferred self improvement rather than showing off their flesh. The name actually comes from Prep Schools they were sent to in an attempt to gain Ivy League admission. 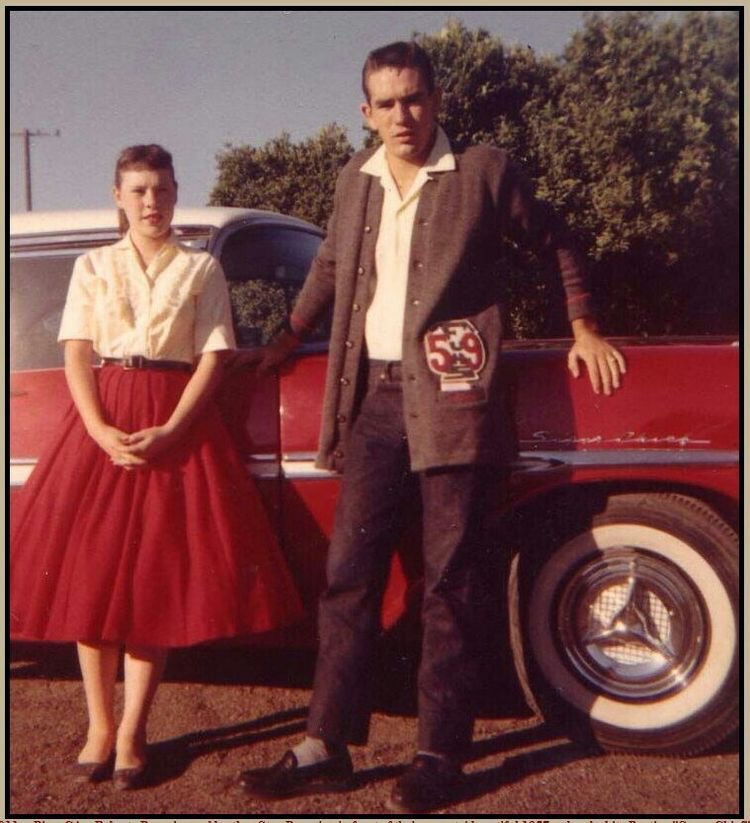 The main qualities of this style were neatness, tidiness and grooming. Teenage girls wore full drindl or circle skirts, with cute appliques such as the infamous “poodle skirts” and neat pleated skirts were also popular. New fabrics such as Polyester (terylene) enabled the pleats to remain razor sharp and crisp. The full skirts were supported by paper nylon or net petticoats. 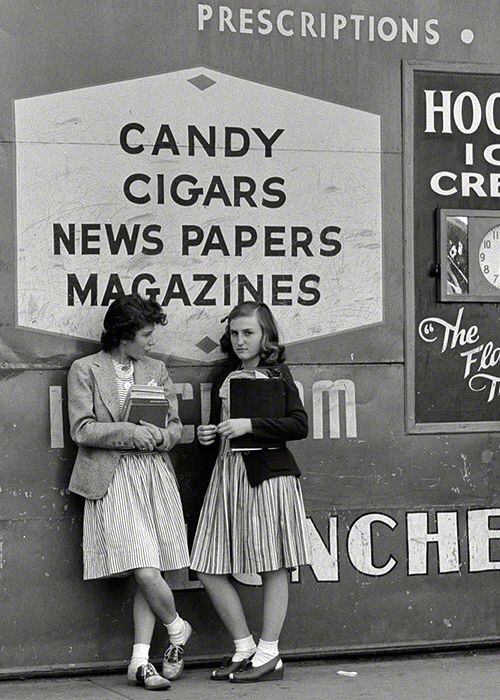 To the top half, scoop neck blouses, back to front cardigans, tight polo necks and tight fitting shirts were all popular. Accesories such as a scarves tied at the neck with the knot to the side were worn regularly. 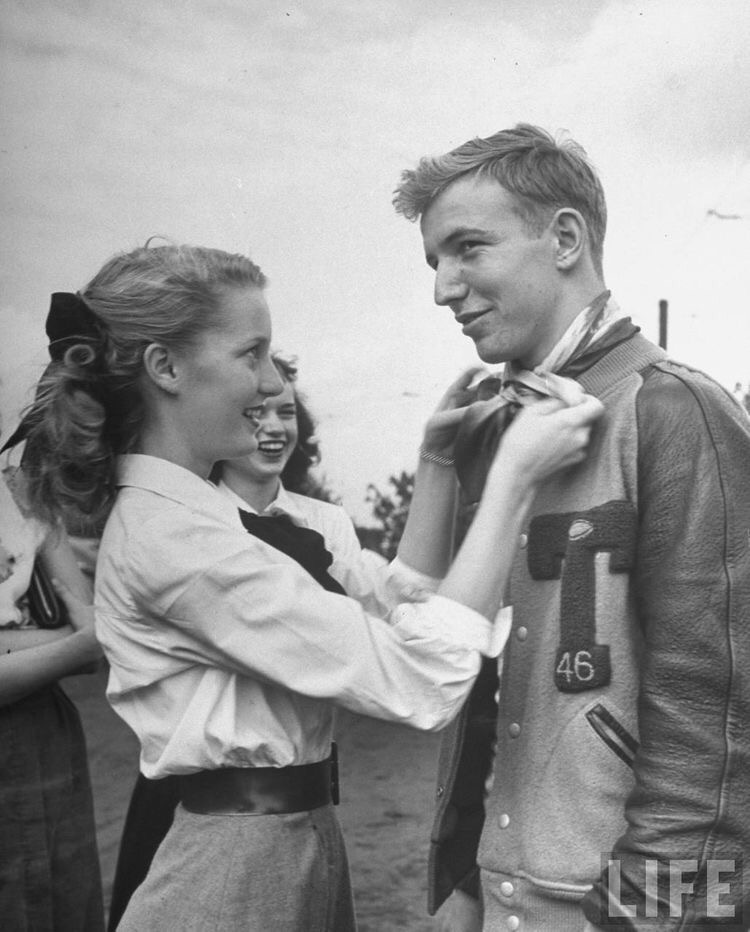 For footwear, saddle shoes were seen on teenagers across most subcultures of style, they were often worn with ankle socks which I do think is adorable. Flat ballerina shoes (which were more like slippers) wee also worn, with or without the socks. 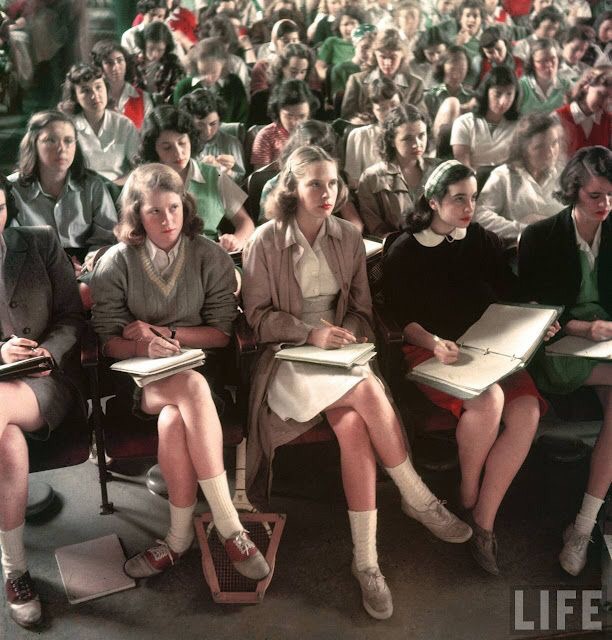 Most young girls kept their hair in a natural wave, or pulled back into a ponytail. A short curled cut (known as a poodle cut) was also popular. Stars such as Lucille Ball and Doris Day all helped to make this style popular, even though it required 2 weekly cuts and a lot of rollers for the overnight setting routine.

I hope this has inspired you somewhat, by learning about the key shapes and styles of the 1950s you can start to build your vintage wardrobe. Not only by buying true vintage or specialised repro brands, but by also shopping on the high street and by heading out to second hand shops. I am planning on covering many other styles in the future, so keep an eye out for them ? 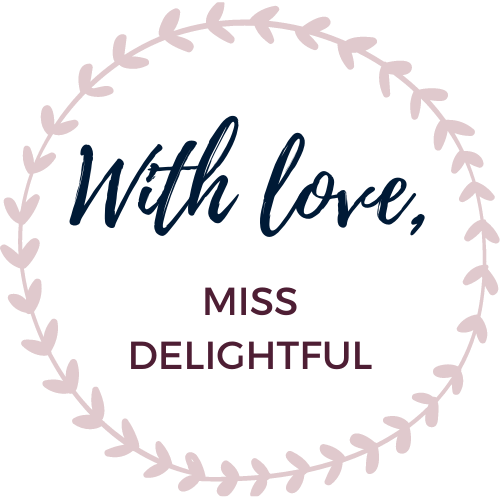